Commencing its ambitious venture to become a leading creative economy, Indonesia created the Indonesian Agency for Creative Economy or BEKRAF after the mandate of the president. Among its tasks is to publish data, information, and report on the creative economy in Indonesia as a handbook for their industry players.

We bring the premier issue of Opus, a publication presenting an outlook on the creative economy in 2017. Originally attributed to musical composition, the meaning of opus is stretched into ‘a large-scale work of art’. Opus is written with the aim of recording and tracing creative opuses of Indonesia while presenting forecast and hopefuls of the upcoming year.

Central information on the creative economy welcomes the readers as an introduction to the book, complete with graphics and numbers giving an insight into the actuality of the creative economy in Indonesia. In the later chapter, we present the sixteen of creative economy sub-sectors including the bright names and figures of every sub-sector. As one of its purposes is to introduce BEKRAF, Opus provides a chapter of BEKRAF activities through its six divisions up to the present. A further elaboration of prospects and challenges Indonesia will face in its venture closes the book.

The scope of works of Celsius was including creating the name “Opus”, editorial content and graphic design. 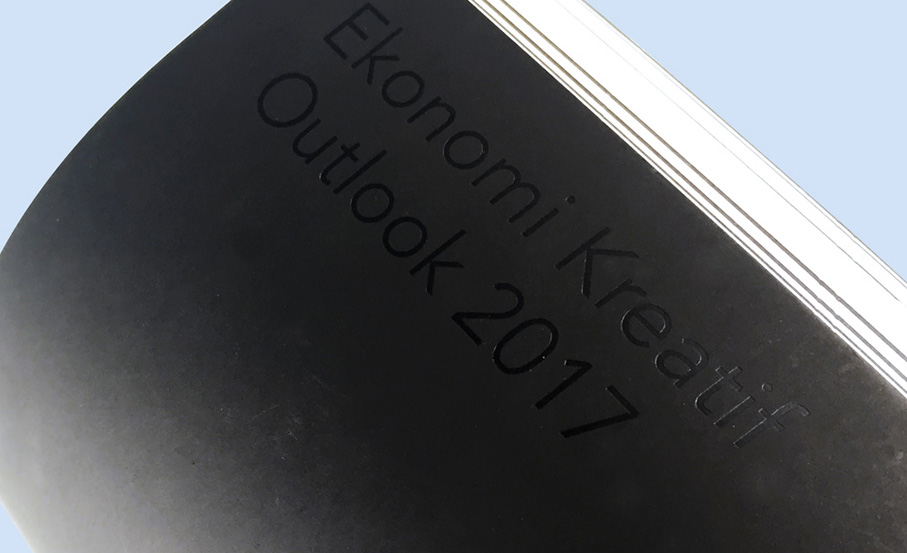 “In an effort to add unique factor without losing its formal touch, we use the colors black and gold of BEKRAF to adorn the cover. BEKRAF logo sits at the center – its gold hue stands out in striking contrast to the black backdrop. Using simplicity and readability as its approach to designing the layout, we ensure that Opus would become an informative book that is accessible to its readers.”